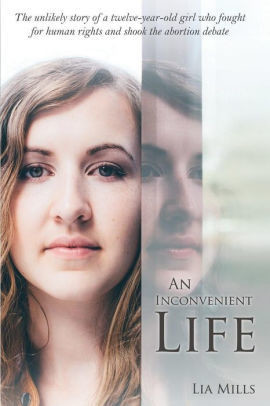 Lia Mills was twelve years old when the death threats began. First, the threats were against her. Then against her family. All she needed to do to make them stop was to remain silent.Truthfully, activism had never been part of Lia's plan for the future. As a grade seven student, her biggest goals in life revolved around getting good grades and winning school competitions. But when she wrote a speech about human rights for English class, what started as a simple school assignment rapidly became a viral video sensation.

All of the sudden, quite accidentally, Lia found herself in the centre of perhaps the most controversial debate in the 21st century. And while she never intended on becoming an activist, Lia experienced firsthand the opposition that comes with standing up for the truth.Now, seven years later, Lia is speaking out. Filled with personality, compassion, and humour, this book recounts the stunning journey of Lia Mills from her time as a naIve YouTube sensation to her life now as a passionate human rights activist.

Save this product for later